A global poll on Coronavirus

In March 2020, Gallup International Association has conducted a snap poll about the world perception of the Coronavirus.

The research was conducted during the first two weeks of March to understand what people think about the Coronavirus, as well as how it is perceived to affect the nations worldwide. The snap poll involved almost 25,000 people from 28 countries including some of the most affected, such as Italy, the United States, the United Kingdom, Japan, Korea, France, Germany, Switzerland, etc. and also countries where the virus had yet to “show off” its peril.

1. How is the virus perceived to have emerged?

For most people, the Covid-19 results from a natural emergence. However, in some countries, such as Bulgaria, Armenia, North Macedonia, and Ecuador, more people believe that it has been deliberately spread.

2. Are people worried to get infected by the Coronavirus?

A majority of people (67%) are afraid of the infection. Unsurprisingly, Italians – where the Coronavirus is raging, fears it the most, with 90% of the citizens being worried about catching it, similarly to Indonesian where the virus is spreading less virulently.
On the contrary, Germans, Swiss, Afghans are Americans were less worried about catching the virus at the time the survey was conducted.

3. Do people think it is a deadly virus?

For countries whose number of cases keeps on climbing, such as France, Italy, The Netherlands, the United Kingdom, the answer is, without a doubt, “Yes”. The number of officially declared infected people clearly plays a significant role in this regard.
However, there are still some countries where people find the problem is exaggerated. It’s the case in Bosnia and Herzegovina, North Macedonia (73%) and in Bulgaria (72%).

4. How do people assess their Government’s effort in dealing with this pandemic?

Most of the surveyed population (61%) think their government is handling the situation well. The Austrian Government receives the highest level of satisfaction (88%) from its population, followed closely by India (83%), Palestine (80%) and The Netherlands (79%).
The less satisfied populations with their Government are the Thai (76% of disagreement) and the Japanese (62% of disagreement).  In the US, more surveyed citizens (46%) consider their Government is not handling the problem well than others (42%).

5. Would people be willing to sacrifice some of their human rights to help prevent the spread of the virus?

Given the great fear towards the Coronavirus, three-quarters of the surveyed population would agree to be deprived of some of their liberties until the threat of Covid-19 is gone. This is especially true in Austria (95%), Netherlands (94%) and Italy (93%). However, it is more surprising to see that even in countries where the Coronavirus danger is believed to be exaggerated, namely Bosnia and Herzegovina (88%) and North Macedonia (94%), their population would also be willing to sacrifice.
From another viewpoint, in Japan with 48% who disagree and 19% who hesitate, and in the United States with 38% who disagree and 16% who hesitate, their population seem to still prioritise their human rights.

Overall, the situation is considered hard to foresee exactly, and each country has its own prediction. Gradually losing control over the spread of the Coronavirus, the majority of people in the United Kingdom (82%) pessimistically think that the worst is yet to come. In the second epidemic center of the world, Italy feels uncertain about what to expect but more tend to keep optimistic: 43% Italian think that the worst is yet to come, while 45% believe that things will begin to improve.
Azerbaijan, Kazakhstan, Turkey, and Armenia stand top among the most optimistic populations when talking about the future. Korea is the 5th most optimistic after having faced an important spread that is now looking under control.

7. What measures do people take to protect themselves?

In general, people are washing their hands more frequently as the most employed action to prevent the Coronavirus (78%) spread.
Wearing a medical mask is only adopted by 33% of the global population, but this measure is taken more seriously in Asian countries such as Korea and Thailand where the population is more accustomed to wearing masks.
A majority of respondents (54%) were still not determined to stay home, more specifically in Turkey (89%), Pakistan (80%) and Afghanistan (66%). Only 14% declare taking self-quarantines measures to protect themselves or their family.
Worryingly, 9% still claimed not taking any action so far.

Learn more about us here

Please contact us with any ideas for research projects you are considering in Cambodia, Laos, Myanmar, and Vietnam at:
contact@indochinaresearch.com.

Perception of Vietnamese on Gender Equality, Violence and Sexual Harassment 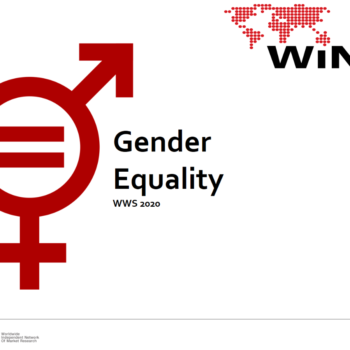 The impact of COVID-19 on companies in Vietnam 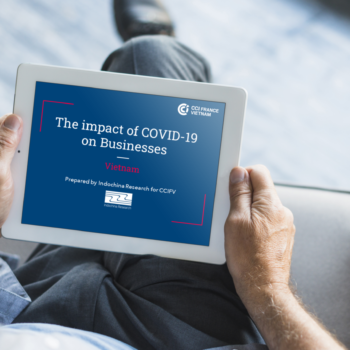